Executive Summary of the Law of the Republic of Indonesia Number 20 of 2008 on Micro, Small and Medium Business

The amounts of Process Fee in the Supreme Court are as follows:

e.Â For cassation of industrial relation dispute (Perselisihan Hubungan Industrial) case with the lawsuit value of Rp 150,000,000 (one hundred and fifty million Rupiah) above, the process fee is Rp 500,000 (five hundred thousand Rupiah)

f.Â For judicial review of industrial relation dispute case with the lawsuit value of Rp 150,000,000 (one hundred and fifty million Rupiah) and above, the process fee is Rp 2,500,000 (two million and five hundred thousand Rupiah)

g.Â For the application of objection of material review, the process fee is Rp 1,000,000 (one million Rupiah)

The process fee is accounted to litigant with the issuance of process feeâ€™s amount in verdict. Every process fee is managed effectively, efficiently, transparently, and it is registered in the Financial Report of Supreme Court Republic Indonesia. Process Fee is used to fund the activity which is related to case settlement process and other supporting, as follows:

d.Â Copy of file case and letters which are related to file case;

g.Â Delivery of information of register number to the Court and parties, copy of verdict, case file, and other required letters; 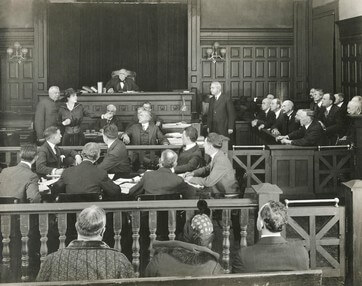